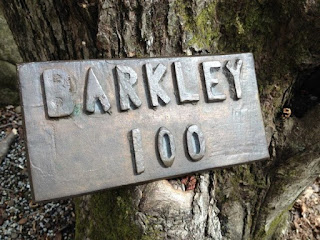 John and I recently watched a documentary film on The Barkley Marathon.  For those of you, like me, who have never heard about this race before you should try to find some time to watch it, it’s on Netflix and it’s fascinating!  This Ultra Marathon challenges participants to run over 100 miles through Frozen Head State Park near Wartburg, Tennessee.  It is comprised of a 20 plus mile course where racers are required to complete 5 loops in 60 hours or less. During the first 10 years that this race was held, no one finished and participants began to believe that no one could.  The race is like no other, the terrain is unmarked, the elevation changes are drastic, there are no aid stations along the route and there are certainly no people lining the course cheering you on.  After just one loop of this race 63% of runners do not continue and after only 2 loops, 80% usually quit.  Since 1986 only 17 people have actually finished the race.

I attribute the current state of John’s situation to that of the Barkley Marathon.  After battling so courageously through the last 7 months of surgery, radiation, and chemotherapy, and despite the success of eradicating the cancer from his sinuses, John finds himself only completing loop 1 in this very difficult race.  A race that he actually had no intention of signing up for in the first place!

In March John’s first post treatment scans came back optimistically clear. No new cancer was detected and the “abnormal” images that did show up in his MRI were likely the result of scarring from the surgery and the high doses of radiation that John had been exposed to.  His Oncologist seemed very confident and assured us that all looked clear in this region and scheduled a new scan to be done in mid June.  In the meantime John was slowly starting to feel better, he was outside more often, was able to drive the boys to their sports and was trying to get his body back into shape by walking, and lifting weights.  However at some point in this recovery process, John pushed himself farther then he should have.  Suddenly, one morning he woke up to a pain in his upper leg.  He thought he had pulled a muscle from over doing it.  In the next few weeks he stretched and limped through the discomfort until the discomfort turned to a painful ache.  I urged John to see a physiotherapist and after only one appointment his physio asked him to get an X-ray so that she could rule out any possible bone fractures.

The results of the CT scan to John’s pelvis was not what we were expecting, in fact it was not even on our radar in the slightest and it was nothing we thought to anticipate or prepare for, but nevertheless there it was.  Six tumors have invaded John’s pelvic bone; two of them are as large as 5 and 6 cm.  We have been told the hard reality that these tumors are “inoperable” and that we will need to rely on Radiation to stop its growth and possibly shrink its size. John's original cancer, SNUC, had metastasized through his blood and is now in his pelvic bone, whether there are more tumors on other bones or organs in his body remains to be seen.  John will need to have a CT scan for his organs and we are currently awaiting the results of his bone scan. In the meantime radiation on his pelvis will begin tomorrow.

Loop 1 of the “Barkley” began 7 months ago and was successfully completed, but loop 2 will now begin, and just like the actual race, he will be running this loop in the dark. John does not know what lies ahead, and he will have no way of seeing too far in front of him, so for now John must trust in the course and know that if he was able to complete one loop, then he certainly has the ability to complete another one.  One step at a time, one day at a time, nothing will be taken for granted and nothing will stand in his way.

Today we enjoyed a beautiful day as a family up at Grouse Mountain and tomorrow John will begin the next chapter of this Ultimate Marathon. The challenge ahead will be difficult, but John is not about to quit! 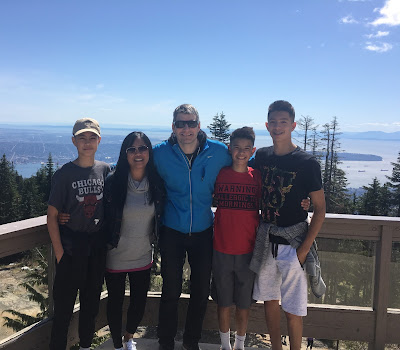 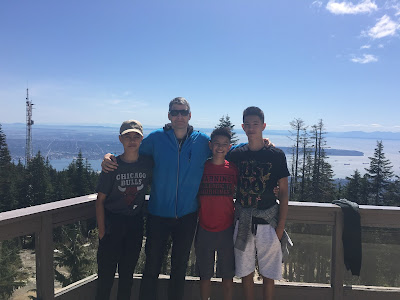